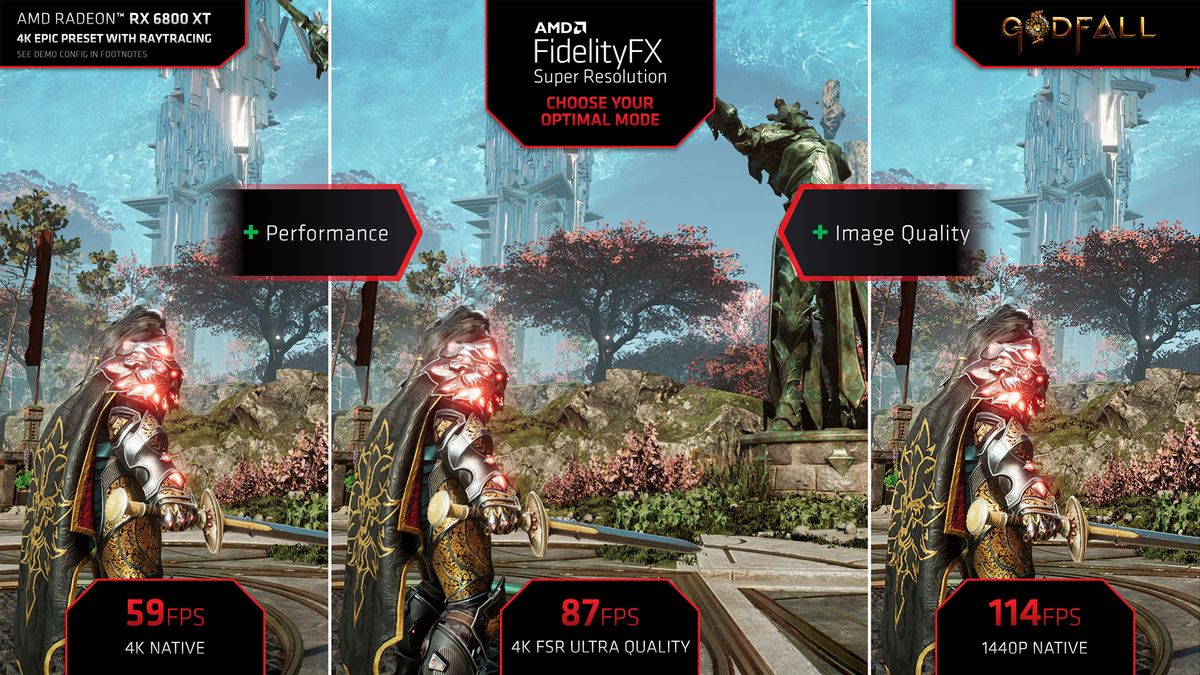 AMD’s FSR (FidelityFX Super Resolution) is receiving its first major update since its arrival three weeks ago, AMD wrote in a recent blog post. FSR will be expanding its adoption to twelve titles in all and two game engines, making adoption easier on developers.

The next four titles being supported are Arcadegeddon and Necromunda: Hired Gun, coming tomorrow. After that Edge of Eternity and Resident Evil Village, which will receive an FSR update next week.

AMD also announced that FSR will be fully adopted by both the Unity engine and Epic’s Unreal Engine 4 starting today. This means that developers can use FSR immediately while developing a game with these engines and they don’t have to worry about manually injecting FSR code to support FSR.

However, if you are one of the many developers that don’t use Unity or Unreal Engine 4, you can now grab the FSR source code from GPUOpen for free. Since FSR is an open-source feature, anyone can use it.

FSR is AMD’s alternative to Nvidia’s DLSS, with an algorithm to upscale games running at lower resolutions and utilizing a filter that sharpens the image. Unlike Nvidia’s option, FSR also runs on GPUs from AMD’s competitors, including both Nvidia and Intel.  You can read about our testing of it here.

AMD’s goal with its open-source upscaler and sharpener is to give it an advantage over its main competitor DLSS with higher adoption rates from games studios and game developers, and allow FSR to catch up to DLSS in popularity.

But right now, only a handful of games support FSR, including Godfall, Kingshunt, 22 Racing Series and Terminator Resistance. Other upcoming games include Far Cry 6, Edge of Eternity and Myst.

GlobalFoundries Expands Production Capacity With a $4 Billion Fab in Singapore

How to Make a Bootable Windows USB Install / Recovery Drive