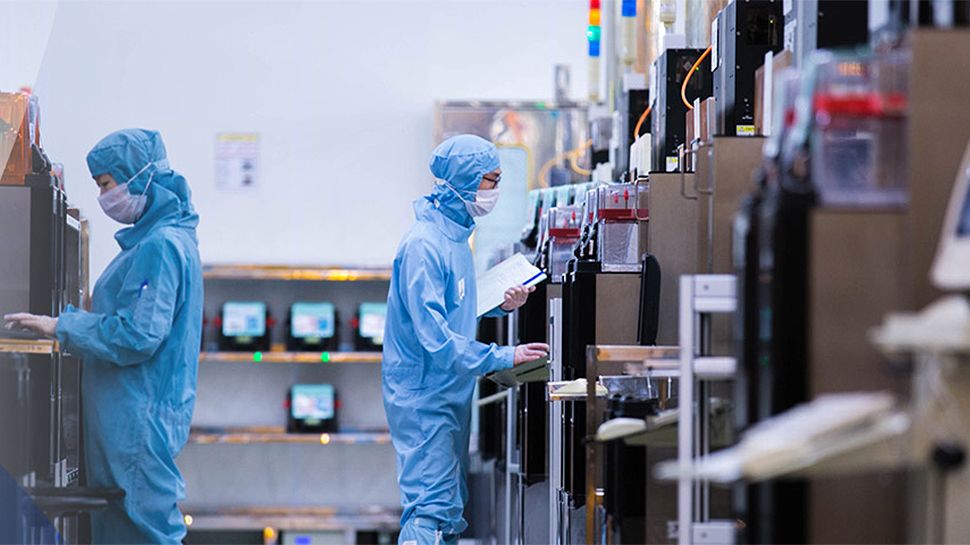 Chinese semiconductor manufacturers produced over one billion of chips every day in June, which was an all-time record. Yet, while local chipmakers set records, it is not enough to meet demand of Chinese manufacturers that import the vast majority of semiconductors they use.

Without any doubt, 30.8 billion of chips made in a month is a lot. Yet China imported 51.9 billion semiconductors in June, which means that the country could fab around 37% of its semiconductor needs, which means that it has formidable installed capacity, but is quite self-sufficient as far as chip supplies are concerned.

Catching Up with Japan

Earlier this week, IC Insights released its Global Wafer Capacity 2021-2025 report which revealed that Taiwan, South Korea, and Japan are the world’s top three nations in terms of capacity, controlling well over a half of global semiconductor output.

As host to Taiwan Semiconductor Manufacturing Co., the world’s largest contract maker of logic chips, United Microelectronics Co., a number of smaller foundries, and numerous makers of DRAM, Taiwan controls 21.4% of the global semiconductor output. Taiwanese companies could process as many as 4.448 million 200-mm equivalent wafers per month, according to IC Insights.

South Korea has Samsung Electronics, SK Hynix, the world’s largest makers of 3D NAND and DRAM memory, and a number of smaller semiconductor companies. The country’s semi firms could process up to 4.253 million 200-mm equivalent wafers per month as of late 2020 and commanded around a 20.4% market share, based on data from IC Insights.

Japanese companies no longer produce leading-edge logic chips, but the country is home for the world’s largest 2D/3D NAND production facility operated by Kioxia and Western Digital. Furthermore, companies like Renesas still produce chips for various industries (including automotive) and there are numerous fabs in the country. Japanese companies could process around 3.281 million 200-mm equivalent wafers per month and controlled approximately 15.8% of the global semiconductor production.

China is actually the world’s number four producer of chips that is largely on par with Japan with its 3.184 million thousand 200-mm equivalent wafers per month capacity and a 15.3% share. It should be noted that the vast majority of logic chips made in China are processed using 28nm or thicker nodes, so they cannot really be used in devices that require truly high performance, such as mainstream and high-end PCs. Furthermore, Samsung and SK Hynix, which have fabs in China, are not really eager to transfer their leading-edge technologies to the country.

The US closes the top five of the world’s largest makers of chips with a 12.6% share and capacity of around 2.633 million 200-mm equivalent wafers per month. While it is obvious that the US is behind China, Japan, and South Korea, it is important to bear in mind that American companies with fabs in the country mostly produce expensive, high-margin logic chips.

Chinese semiconductor industry has made an extraordinary progress in the last 20 years and it is not running out of steam, it is set to grow further and will probably replace Japan from the top 3 spot in IC Insights’ this year or next.

Yet, because Chinese logic producers are at least five years behind industry leaders like Intel, TSMC, or Samsung Foundry, it unlikely that the country will be able to produce advanced CPUs or GPUs any time soon. Nonetheless, even now the local logic industry can satisfy demand of many Chinese chip designers.

What Is Nvidia DLSS? A Basic Definition