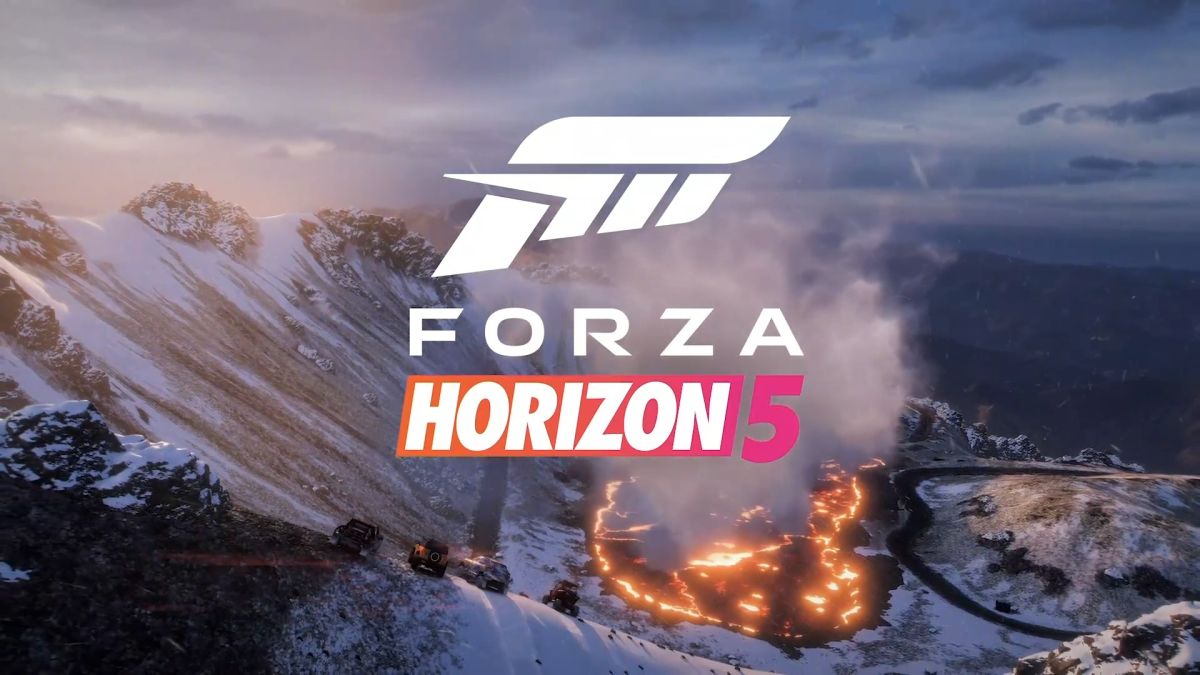 Forza Horizon 5 is officially on its way – and you won’t have to wait too long to play it.

Announced at E3 2021, the popular driving simulator heads to an “authentic” recreation of Mexico and will boast the series’ largest open-world environments to date. Expect to traverse jungles, deserts, urban sprawls and ancient ruins as you tear through the rubber of the world’s fastest – and prettiest – cars.

We’ve only seen a couple of trailers so far, but the game’s announcement arrived alongside plenty of details as to what players can expect from the fifth instalment in the Horizon series, the free-roaming spin-off to Forza’s mainline Motorsport sim.

Below, we round up everything we know about Forza Horizon 5 so far, including its release date, price, compatibility and new features.

We’ll update this article as we learn more about the game, so check back in with TechRadar for all the latest updates.

Forza Horizon 5 is scheduled for release on November 9, 2021 for Xbox Series X, Xbox Series S and PC, making it the first game in the franchise heading exclusively to next-gen consoles. Premium Edition owners will get early access from November 5, 2021.

Forza Horizon 5 is once again being developed by Playground Games – the studio at the helm of all four previous entries in the series – and swaps the British setting of its predecessor for a fictionalized version of Mexico.

Playground says this new locale will mark the largest and most diverse open world ever playable in a Forza Horizon game, with virtual landscapes ranging from jungles to deserts. These environments will also boast the dynamic weather mechanics first introduced in Forza Horizon 4, which could see you suddenly swept up in a thunderstorm as you drift across scorching sand dunes.

As for new features beyond its setting, Forza Horizon 5 is mixing up the tried and tested racing formula. For the first time, the franchise is introducing a “deep and rewarding campaign” under the umbrella term Horizon Story, where players will meet new characters and determine the outcome of their missions. Don’t expect an Uncharted-level narrative, but it’s exciting to see the game’s developer push the boat (or car?) out with its latest entry in the series.

Speaking to Eurogamer, Forza Horizon 5’s principal game designer, Mike Brown, spoke of the decision to introduce campaign-like missions into the game: “They offer us an opportunity to showcase a lot of the really exciting things that the game has to offer in a curated, story-driven experience,” he said.

“A lot of those things can and will happen in free-roam just naturally, while you’re exploring, but this gives a more curated way to do it. At the end of each Expedition, you open up a new Horizon festival site, and with that opens up a load of new races.”

There’s also the addition of Forza LINC, a new AI assistant that will track your status, the people you meet online and help you play together, as well as Horizon Arcade, where players will journey cooperatively across the map to engage in various challenges and mini games.

EventLab is new, too, and will allow players to create their very own races, modes and experiences. We don’t yet know the scale of this building tool, but at E3 we caught a glimpse of bowling pin runs, gigantic jumps and huge fans that propel vehicles into the air.

As for improvements to social play and PvP racing, Horizon Tour and Horizon Open will make it easier to jump in and out of different modes with other players across the world – to “capture the experience of a car-meet,” says the developer. There’s improvements to Forza Horizon 4’s battle royale mode, too – called Eliminator – where players race against others online, trying to avoid expulsion by keeping ahead of the pack.

Customization has also been overhauled for both vehicles and character models, with “thousands” more visual and performance upgrades available to players at launch. Right now, we don’t know the exact lineup of vehicles that will be playable in-game, though we did spot beach buggies, off-road racers and, of course, supercars in the reveal trailer.

Even wondered how developer Playground Games meticulously records car audio sounds to use in game? Check out this behind the scene video and see for yourself.

After an initial cinematic trailer revealed the game’s title and setting, we were treated to a more detailed gameplay trailer at Xbox’s E3 showcase event – and boy, does it look pretty.

Designed exclusively for next-gen consoles and PC, Forza Horizon 5 is all about the visuals. That next-gen power will see the game boasting 4K resolution at 60fps on the Series X, and 1080p at 30fps on the Series S, with a 60fps performance mode also available for both.

It’ll feature ray tracing, too, though only in the game’s Forzavista vehicle viewing mode. Still, Forza Horizon 5 looks mightily beautiful – with weather effects like sunshine and rainfall really showcasing the power of the latest console technology.

The system requirements for PC owners are live now on Steam, though they’re not too demanding, so the game should run fine on most hardware (you’ll need 80GB of available space on your hard drive and 8GB of RAM, basically).

If Forza’s latest offering plays as good as it looks, then gamers are in for a treat.

Forza Horizon 5 uses ray-traced audio
It turns out that Forza Horizon 5 will use ray tracing to affect the game’s audio, which is used throughout the world. The game will send out ray-traced audio paths that can detect walls, buildings and ceilings as well. This means you’ll hear the roar of your car’s engine sounds bouncing off of all the buildings around you, and that will change depending on the environment.

Forza Horizon 5’s lead audio designer Fraser Strachan said: “As soon as we turned it on, it grounded the world in reality. It made the world really feel alive. If you’re listening with spatial audio, something like Dolby Atmos with your headphones on, you’ll be able to hear your car bouncing off the roofs as well.”

Audible upgrades will change the sound of your cars when upgrading
Forza Horizon 5 is the first game in the series that will change how cars sound when applying new upgrades. If you add upgrades like turbos and superchargers, it will noticeably affect how your car sounds, which has been a highly requested community feature for some time.

Windows 11 now available to Windows Insiders – can your computer run it?