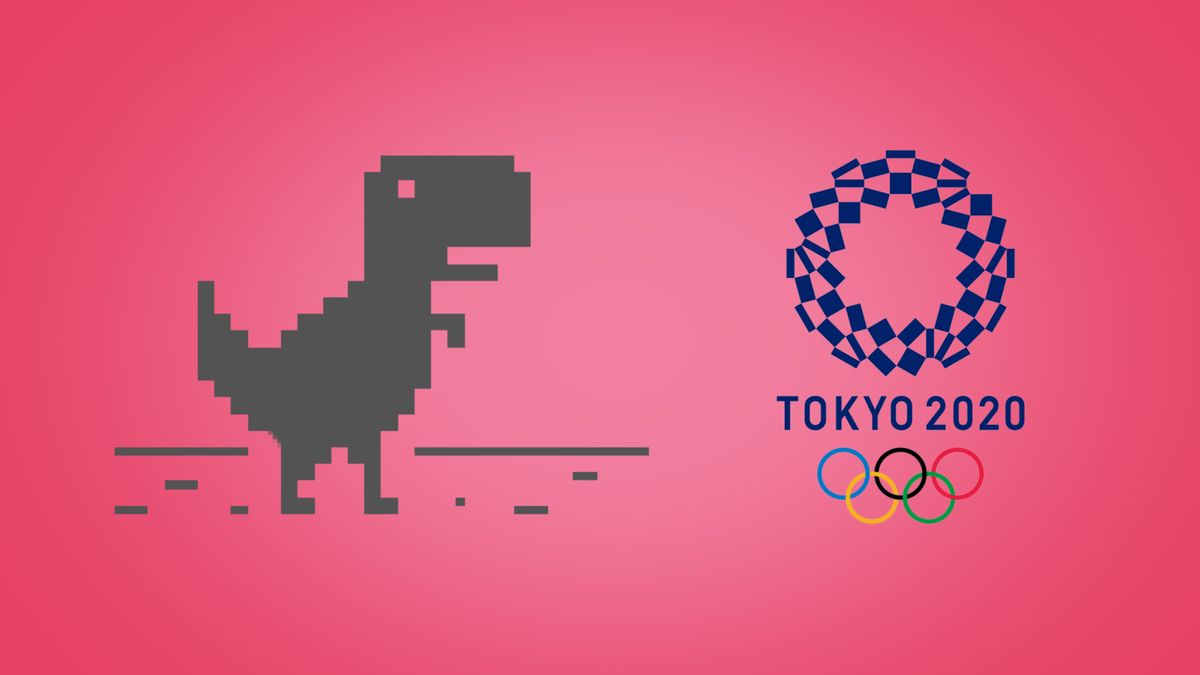 Google Chrome’s Dinosaur Game, over the years, has provided calm solace for those struggling to connect to the internet, as well as given bored school kids something to do during computing lessons. The titular dinosaur is so iconic, in fact, that it really should have been featured as a guest Assist Trophy in Super Smash Bros. Ultimate.

In case you’re unfamiliar, or have never used Chrome, the browser features a built-in game starring a pixelated dinosaur. It’s a purely 2D, endless runner style of game where your only task is to last as long as possible, racking up points as you do so. Various hazards are strewn throughout such as cacti, pterodactyls and even a day/night cycle that reverses the game’s monochrome lighting.

While the Dinosaur Game has been around since 2014, it shows no signs of going away – especially with its current crossover that celebrates the beginning of the 2020 Olympics in Tokyo. Initially delayed due to the Covid-19 pandemic, the grandiose sporting event is finally set to start on July 23 (barring any 11th hour cancellation).

How can I play the Dinosaur Game?

Thankfully, you won’t have to forcefully disconnect from the internet in order to play Google Chrome’s Dinosaur Game. Instead, simply open a new tab in your Chrome browser and type in “chrome://dino/” without quotation marks. This will take you to a rather basic webpage, featuring the dinosaur sprite and the text “Press Space to play.”

Do as the instructions say and you’ll be playing the Dinosaur Game instantly. Pressing the Spacebar causes the dinosaur to jump, while holding the Down arrow key causes him to duck, avoiding low-flying hazards. When you hit an obstacle, it’s game over, but your browser will save your high score and you can try again by hitting the Spacebar.

For the 2020 Tokyo Olympics, the Dinosaur Game has seen an extra mode added. By running into a torch in-game, the world is converted from a barren wasteland into an Olympic track. Instead of cacti, your dinosaur will now have to jump over hurdles. He even gets a visual makeover with a gold medal around his neck and a pair of yellow sneakers.

Once again, Google hasn’t missed an opportunity to add a flavor of current events to its long list of apps, and this is far from the first video game-centric change the company has made. Back in 2016, Google Maps dressed its small yellow mascot in Link’s iconic green tunic to celebrate The Legend of Zelda’s 30th anniversary.

Even further back in 2010, Google celebrated Pac-Man’s 30th anniversary with a Google Doodle that was actually a playable version of the popular arcade game. Even better, this Google Doodle can still be played today.