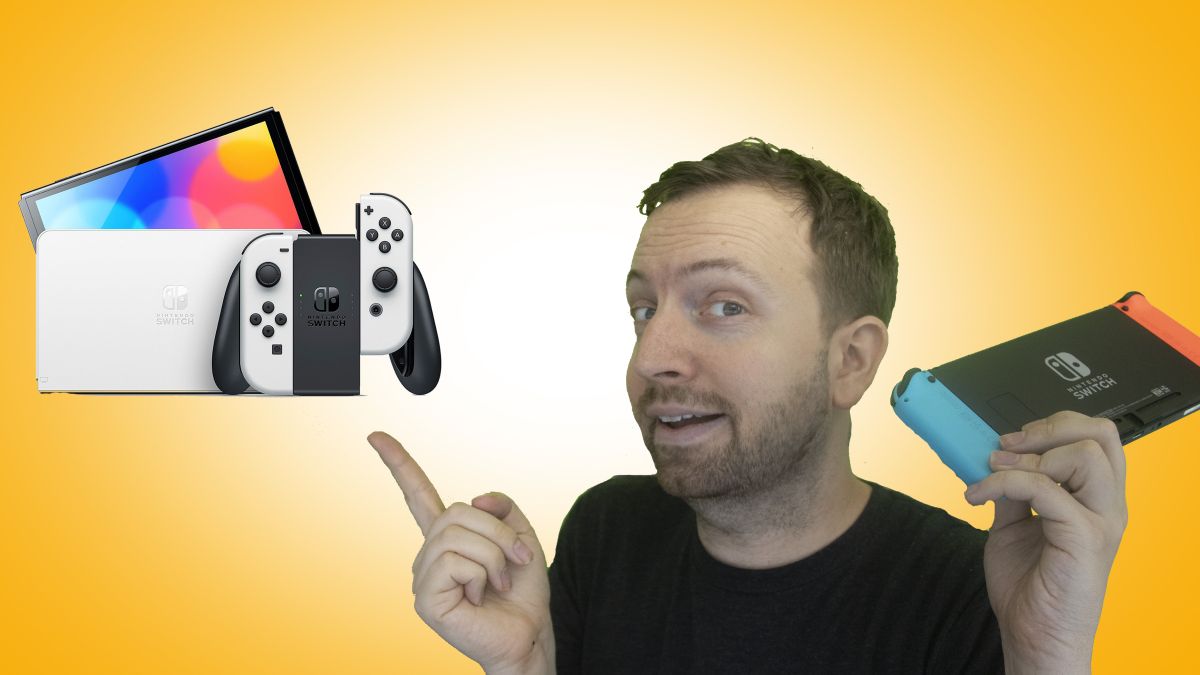 ► When? Follow our Nintendo Switch OLED pre-order tracker Matt Swider and turn on notifications for live Switch OLED restock news. It’s the fastest way to get updates in the US.

Click on this example of a Nintendo Switch OLED pre-order alert from Matt Swider. he was able to help hundreds of people buy the Switch OLED model with this tweet.

Nintendo Switch OLED pre-order stores in the US

Walmart actually has the Nintendo Switch OLED in stock (as of publishing this story) in the harder-to-find white model. It says that the delivery date is October 9, which is a day later than the actual Nintendo Switch OLED release date Friday, October 8. If you’re fine with that, it’s our top Switch OLED pre-order pick (mainly because it’s in stock in Nintendo’s new flagship color), though we know from the many PS5 restock events that Walmart sometimes (read: often) delays shipments without warning.

There’s no telling when Walmart will get in more consoles, if you’re waiting on the Neon color or if Switch OLED white is sold out by the time you check. But our Twitter tracker will keep you informed regardless.

The Amazon Nintendo Switch pre-order began a day later than other retailers in the US, starting on Friday, July 16 in the middle of the afternoon. However, some people were able to easily buy the console using this one trick: go to the Amazon product page for the Nintendo Switch OLED in either color and try tapping ‘Add to list’ instead of selecting ‘Add to cart’ which everyone else does. From there select ‘View list’ and if it’s in stock, you’ll have an easier time checking out that way.

The theory is that trying to add it to your cart through the ‘View list’ page on Amazon is easier due to the fact that the normal Amazon product page is being hammered with traffic. Of course, this tactic doesn’t work when the Amazon Nintendo Switch pre-orders are sold out, which, at this moment, is the case.

Best Buy had the Nintendo Switch OLED model pre-order on day one, but it sold out quickly, with mention zip codes in the United States not having any inventory by the time the add-to-cart button showed up. People found it much harder to buy the Switch OLED in white and an easier time purchasing the Switch OLED Neon. Matt Swider did a Nintendo Switch OLED pre-order live stream and a poll of subscribers showed that 80% were more interested in the white version, so it’s no wonder.

The Best Buy Switch OLED pre-order on Thursday was followed up by a few brief pre-orders on Friday, July 16. We’ll see if the OLED model comes back in stock this weekend, including Saturday, July 17, and we’ll send out a Twitter alert if it does.

The Target Nintendo Switch OLED pre-order may have been the easiest to get on the official pre-order day of Thursday, July 15, and unlike other console restocks that all take place online at the American retailer, these Switch OLED model pre-orders will ship to your home. PS5 and Xbox Series X restocks have to be picked up in local stores, and it’s been that way for all of 2021.

While Target sold out of both the Switch OLED consoles – in white first, and the Neon version soon after– we’re tracking both colors in case either comes back in stock. There’s also a chance that, if Nintendo Switch OLED proves popular, the retailer may change to an in-store pickup process to reduce resellers, which is exactly what Target does with the other consoles from Sony and Microsoft.

The GameStop Nintendo Switch OLED pre-order happened in one of two ways, and it’s completely different from every other retailer in the US: you could either secure the console online through its website, or place a pre-order in stores. While we had trouble clicking that add-to-cart button, despite being PowerUp Rewards members (and eventually bought the Switch OLED White at Target), many people reported to Matt Swider that they simply walked into their local GameStop and ordered the Nintendo Switch OLED console without having to deal with the online interface.

There’s no telling when – what date and what time – GameStop pre-orders in stores will end (it may have already happened by the time you read this, though we’ll update this news story if we hear about it), so it’s best to call your local store before venturing out to make a Nintendo Switch pre-order that’s not actually possible.

Nintendo Switch OLED pre-order is easy to get – for now

The fact that the Nintendo Switch OLED pre-order at some retailers such as Walmart remains easy to buy isn’t a sign of what’s to come for the console. Yes, it’s a minor upgrade and not the ‘Nintendo Switch Pro’ that the rumors conjured up during the first half of 2021 – there’s no Nintendo Switch 4K coming. But don’t let that fool you into thinking that this Switch OLED model will be readily in stock after launch day.

When the Nintendo Switch OLED release date of October 8 rolls around, we’ll be in a very different situation. We’ll be a little more than one month from Black Friday and Cyber Monday, and there’s no telling when the ongoing semiconductor shortage will let up. The chip shortage may affect us until mid-2022 before we see things return to normal, according to analysts TechRadar interviewed.

Also, keep in mind that the original Nintendo Switch model, which was fairly old last Christmas, has been sold out for four Christmases in a row. So if you think that the Nintendo Switch, priced at just $349 for parents who want a new gift for their kids at the end of 2021, won’t be sold out, you should should think again.

The Nintendo Switch OLED price is hardly a barrier to entry. It costs just $349, a $50 price bump over the original console, and all retailers are currently selling the new Nintendo console at MSRP. None of the American stores have forced you into bundles, though we did see Metroid Dread bundled with the console in the US, but it wasn’t required – it was just an additional option.

We’ll see if that no-bundle trend continues into the holidays, but retailers in the US like GameStop and Antonline do this regularly to not only increase profit (console purchases actually make retailers very little money) but also cut out on demand and resellers – it’s harder for a reseller to find someone to buy a console that’s sold out everywhere if they also have to buy a game that’s readily available and they may or may not want.

Ransomware is a threat to businesses of all sizes, it doesn’t discriminate