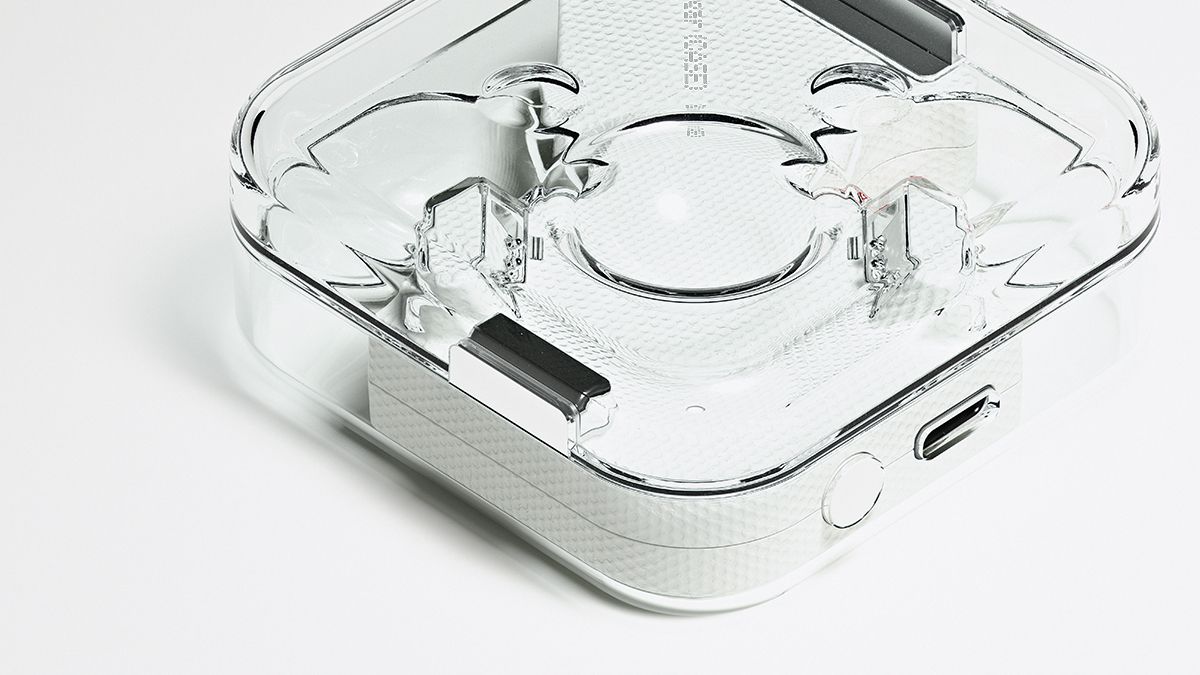 With the Nothing ear (1) launch just around the corner, the company has unveiled a first real look at the earbuds’ case, which reveals a stand-out transparent design along with a slew of other details — including battery life.

The company, founded by OnePlus Co-Founder Carl Pei, has been teasing its big jump into the true wireless earbuds space with small glimpses and drops of info about the see-through design. Now, we get the clearest look ever and, well, the case is quite something!

In a sea of chunky pebble-esque earbuds cases, it’s a breath of fresh air to see something new. The dot matrix font of the logo has been carried over to the hardware, the transparent case rocks a dimple on the lid that looks prime for ease of opening and plenty of fiddling, and color-coded cradles for each bud.

The case itself has a 570 mAh battery, is capable of Qi wireless charging and fast charging over USB-C. Nothing claims with Active Noise Cancellation (ANC) on, the combined battery life of both the case and buds is 24 hours. Turn off ANC and you get 34 hours.

If these numbers are true (and we will test them), the Nothing ear (1) buds’ will offer good battery life for true wireless earbuds.

Other details are thin on the ground about the Nothing ear (1) buds, except for the fact they feature ANC, alongside a feature set which Pei claims is comparable to the AirPods Pro, and will be priced at $99 / €99 / £99.

That hasn’t stopped the hype train, though, as StockX auction for one of the first 100 pairs has already seen bids as high as £576!

Look forward to seeing a lot more of these at the Sound of Change launch event on July 27 at 9am EST / 2pm BST.