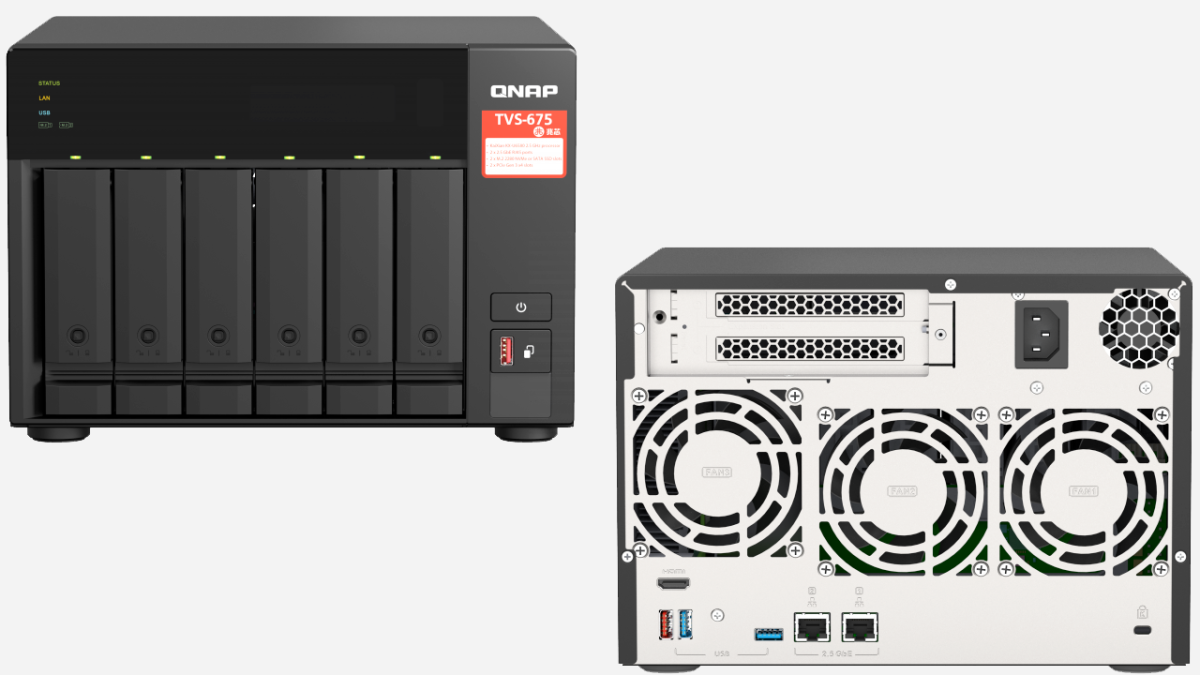 Qnap has quietly introduced its six-bay TVS-675 NAS powered by an eight-core Chinese x86 CPU designed by Zhaoxin, a joint venture between Via Technologies and the Shanghai Municipal Government. The NAS for small businesses (SMBs) is one of the first (if not the first) commercial devices set to be available in the U.S. and Europe, with the KaiXian KX-U6580 processor developed primarily for the Chinese market.

Zhaoxin was established in 2013 to build x86 processors in China for the local market and cut reliance on processors designed by AMD and Intel, but retain compatibility with the vast library of x86 software. The initial generations of Zhaoxin’s products weren’t successful because of utterly low performance, and the latest KaiXian KX-6000-series is also not a performance champion in general-purpose tasks (according to our review). But it looks like Qnap found the eight-core 2.50 GHz KaiXian KX-U6580 (with Zhaoxin C-960 graphics) good enough for its entry-level NAS.

Usually, Qnap’s entry-level network area storage devices use Arm-based SoCs or Intel’s Celeron SoCs powered by the company’s low-power architecture. NAS manage files, run light applications, or encode videos, so these inexpensive SoCs are good enough for their workloads. Zhaoxin’s KaiXian KX-6000 can certainly run light apps, but as our review revealed, its media encoding performance is very low by today’s standards, possibly because it lacks certain hardware encoders applicable to our test scenarios under Windows, whereas its general-purpose architecture is not exactly suited for such tasks. Keeping in mind that Qnap’s TVS-675 NAS is aimed primarily at SMBs that hardly need it for media encoding, this drawback of the KaiXian KX-6000 probably won’t affect users of this NAS. Furthermore, Qnap says that the SoC does support H.264/H.265 transcoding with its OS.

Qnap equipped the TVS-675 with three fans to cool down the PC-oriented SoC, six HDDs, two SSDs, and expansion cards. The company claims that the fans produce 23 dB of noise (though it does not disclose how it measured this level).

Qnap hasn’t disclosed pricing yet, though this is a business-oriented machine with rich features and will be priced accordingly.

Get $100 off this LG UltraGear 32-inch QHD Gaming Monitor

MSI Prestige 14 Evo Drops to Lowest Price Ever at Amazon