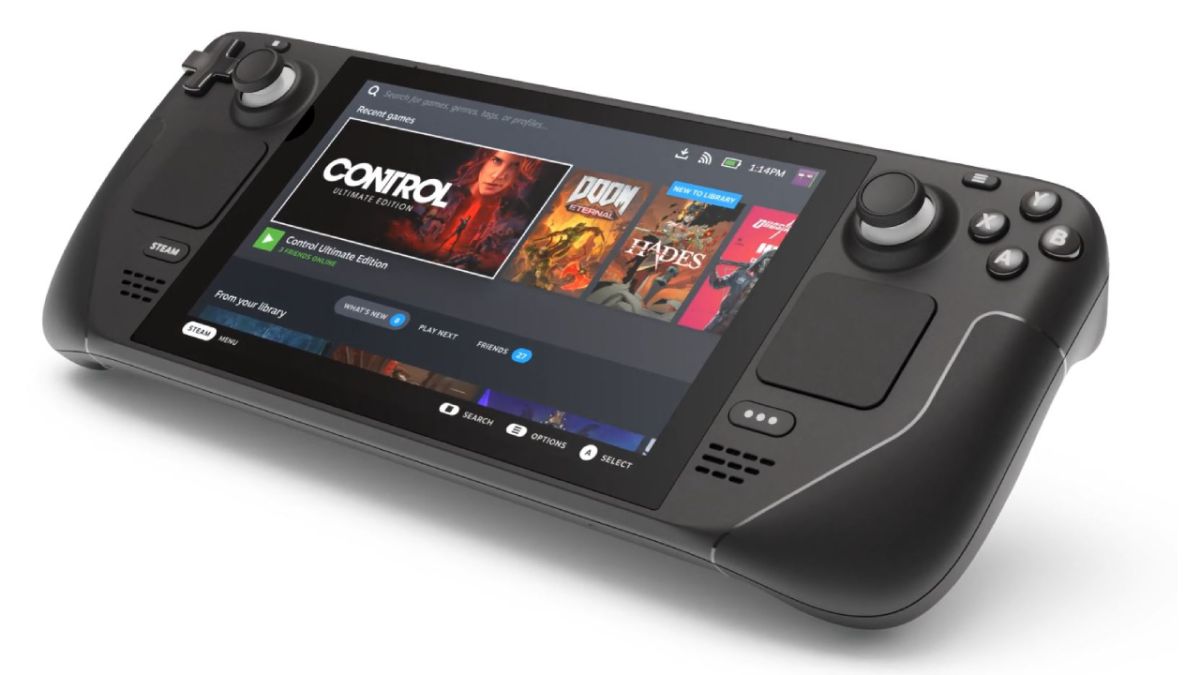 Valve is looking to get into the handheld gaming PC market with the newly launched Steam Deck console which comes with the power of a real PC. This new handheld console can play PC games as well as other gaming devices.

The Steam Deck will be powered by a custom APU using AMD Zen 2 and RDNA 2 architectures, which is roughly equivalent to an AMD Radeon RX 6000 series graphics card and a Ryzen 3000 processor. Valve claims that this hardware will be more than enough to play all the AAA games in your Steam library, something that current handheld gaming PCs simply can’t handle.

With the launch of the Steam Deck scheduled for December 2021, it is currently up for pre-booking in US, Canada, European Union, and the UK. And there is no mention of when it might be made available in India from the company.

If users from India do try to get the console they will be currently greeted with a message that says, “is not available for reservation in your country”. The FAQ section of the Steam Deck on the official website, mentions that “information about expanded regional availability coming soon”. And as for the availability of the Steam Deck in other countries, the official website mentions that it will be made available in more regions in 2022.

But if we have to go by the record Valve has had in India in terms of the release of hardware, then even a 2022 release seems spotty. Steam Machines, Steam Controller and Steam Link were never released in India. And the HTC Vive VR headset which was developed by Valve was made available in India a year after its initial release at a hefty price of Rs 93,000, which made it quite inaccessible for most.

According to a report by IGN India, the Steam Deck could be priced somewhere around Rs 40,000, according to sources in the supply chain, if and when it is launched in India. That would mean that it would face direct competition from companies that make gaming laptops and PCs in India at comparable prices.

Compounding that with the factor that Valve has a rather vague presence in India with the Mumbai-based Worldwide CDROMs distributing its games and no direct involvement in the esports scene regarding Counter Strike Global Offensive and Dota 2. These tournaments are usually handled by third parties like Nodwin Gaming who pretty much have free reign.

Hence the only possible way people in India could get their hands on the Steam Deck currently, would be if they made a purchase in the countries it is available in and brought them back here. That again opens a whole can of worms regarding warranty. Or they can wait for official word from Valve.