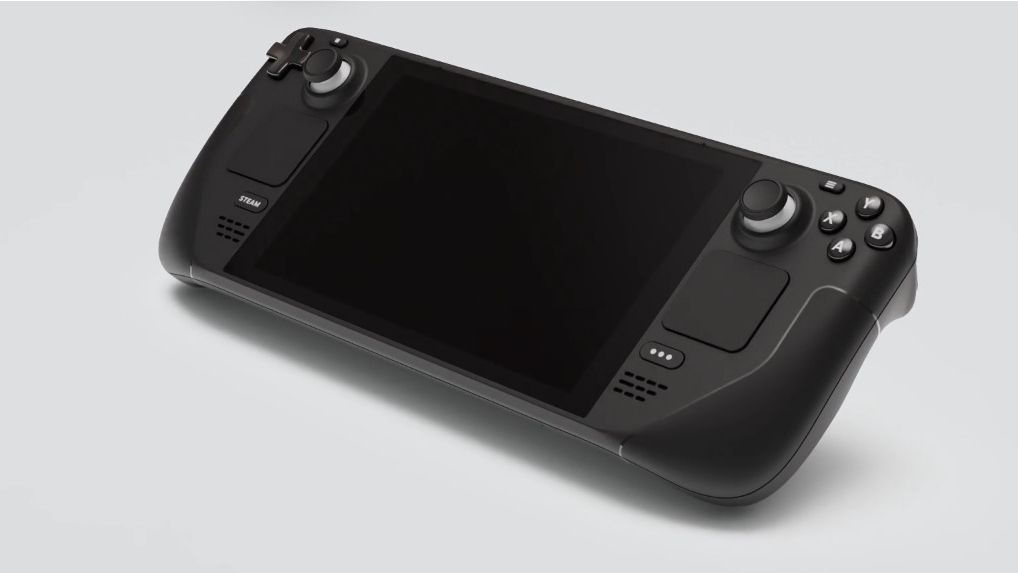 A store listing for the Steam Deck has appeared, and it looks like Valve is getting in on the action of creating handheld gaming PCs, but this time with the power to actually play your games.

The Steam Deck will be powered by a custom APU using AMD Zen 2 and RDNA 2 architectures, which is roughly equivalent to an AMD Radeon RX 6000 series graphics card and a Ryzen 3000 processor. Valve claims that this hardware will be more than enough to play all the AAA games in your Steam library, something that current handheld gaming PCs simply can’t handle.

The APU will feature a 4-core/8-thread processor and a GPU with 8 RDNA 2 CUs. To put that in perspective, the weakest AMD RDNA 2 GPU right now is the Radeon RX 6700 XT, which has 40 compute units. That means that while this handheld PC should be able to play most games, it’s probably going to be limited to medium settings at its native resolution of 1,280 x 800 in the most demanding PC games.

It will also feature 16GB of RAM and will start with just 64GB of eMMC storage, with more premium models including more capacious (and faster) NVMe SSDs.

And, just like the ill-fated Steam Machines, this will also be running on SteamOS, which means that you won’t be able to play your whole gaming library natively, unless you can load Windows 10 or Windows 11 alongside the Linux-based native OS.

This is a developing story…

We’ve been here before

This isn’t the first time that Valve has dipped its toes in the PC hardware world. Back in 2014, Valve unveiled the Steam Machine. This was basically a Steam-branded line of gaming PCs that ran on SteamOS and had a more console-like UI. ‘

Valve even created a very, uh, unique controller for its Steam Machines. The Steam Controller stood out because rather than having analog sticks like any other controller, it had touchpads with haptic feedback, which let gamers play games designed for mouse input like Civilization V.

However, just a few years later, Valve shuttered the storefront for Steam Machines, as they were expensive and the Linux-based OS couldn’t run many of the most popular PC games without also installing Windows. This was probably because rather than making the hardware itself, Valve licensed out the Steam Machine brand to gaming PC manufacturers like Alienware to make glorified gaming PCs.

However, while the Steam Machine was a flop, the Valve Index hasn’t been. While it hasn’t been the VR revolution that Valve may have been hoping for – even after Half-Life: Alyx, it has been a success within the VR gaming community.

And while we wait for handheld gaming PCs like the Alienware Concept UFO, it’s exciting to see this concept executed by a company with Valve’s weight. It’s going to be interesting to see just how well this thing handles the best PC games when it launches in December.

MacBook Pro 16-inch could be cooler than ever, even with more powerful GPU